£7bn worth of waste produced by grocery sector

The UK’s grocery and food manufacturing sectors produce £6.9 billion worth of food and packaging waste every year, a new report has revealed. That represents around 7% of the value […] 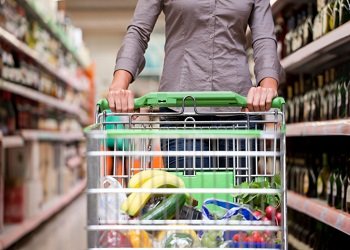 The UK’s grocery and food manufacturing sectors produce £6.9 billion worth of food and packaging waste every year, a new report has revealed.

That represents around 7% of the value of food and drink sales to households, which could be used to increase exports or investments, the government-backed waste advisory agency suggests.

The production of food and drink results in benefits to the UK economy but also uses significant quantities of resources and its impacts include 170 Mt of carbon emissions and the consumption of around 70 billion of water – roughly 70% of the UK’s water footprint, according to WRAP.

The report looks at waste across the supply chain and shows how it is managed. WRAP estimates there is 6.5 million tonnes of waste arising in the grocery retail supply chain, out of which 3.9 million tonnes comes from food and drink manufacturers.

It suggests many companies are failing to identify opportunities for improving waste prevention and are missing out on financial savings.

The report states states: “Households spent some £101bn on food and drink in the UK in 2011. Some of the food and drink that is produced by manufacturers is not sold directly to intended customers (grocery retailers and wholesalers) or consumers (households) but managed in other ways, which can result in waste.”

Richard Swannell, Director at WRAP believes the research can help deliver “significant benefits” for businesses and the environment.

He said: “Armed with this knowledge, businesses and the supply chain as a whole, can more readily identify where problems are arising, enabling them to find the solutions to reduce their waste and make large financial and environmental savings.”

The Food and Drink Federation (FDF) welcomed the report but defended its members’ commitments towards waste prevention.