“Insufficient policy support” is slowing down the progress of Carbon Capture and Storage (CCS) and preventing it from making a “substantial contribution to climate change mitigation.” That’s the findings of […] 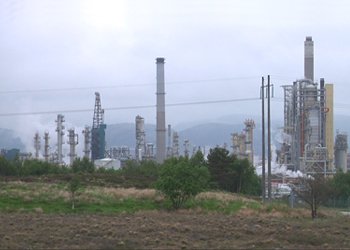 “Insufficient policy support” is slowing down the progress of Carbon Capture and Storage (CCS) and preventing it from making a “substantial contribution to climate change mitigation.”

That’s the findings of a new report released today in South Korea by the Global CCS Institute. It says without long-term commitments to control climate change and strong market–based mechanisms that give financial incentives to cut carbon emissions, “it is difficult to create the economic or market conditions” and attract the private funding needed for widespread rollout of the technology.

The report finds a lack of certainty over policy is a particular problem for attracting long-term investment.

Brad Page, Global CCS Institute CEO said: “Seventy per cent of CCS proponents agree that policy uncertainty is a major risk to their project. Indeed, ongoing uncertainty about the timing, nature, extent and durability of emissions reduction policies is limiting investment in CCS and stalling its development and deployment. This must be addressed.”

Despite this, the report does show there has been some progress since last year.

There are now 12 large-scale projects in operation – an increase of four since 2012. Between them they have the capacity to prevent 25 million tonnes per annum (Mtpa) of greenhouse gases from entering the atmosphere. A further eight currently under construction will increase the total to 38 Mtpa by 2016.

However, the overall number of CCS project identified by the Global CCS Institute has fallen from 75 to 65. One project was downscaled, seven were put on hold and five were mothballed completely.