Talks to be held over Grangemouth oil refinery strike

The operator of the Grangemouth refinery and petrochemical site (pictured) is set to meet with union bosses this afternoon in an attempt to avert a 48-hour strike. Members of the […] 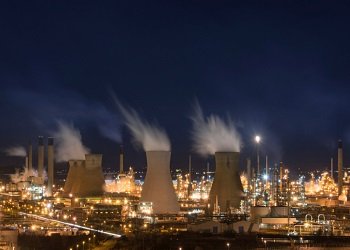 The operator of the Grangemouth refinery and petrochemical site (pictured) is set to meet with union bosses this afternoon in an attempt to avert a 48-hour strike.

Members of the Unite union are planning to walk out on Sunday in a row over the treatment of a union convener which follows a protest last week.

Petrochemicals giant INEOS said the talks, to be held at the offices of the Arbitration and Conciliation Service (ACAS) in Glasgow, are intended to find a way to resolve the dispute.

The news follows two requests from Unite for INEOS Grangemouth (UK) to “join us for talks” – both of which were rejected, the union claims. Pat Rafferty, Unite Scottish Secretary welcomed the change of heart following the union “working tirelessly” to secure the talks.

Calum MacLean, INEOS Grangemouth (UK) Chairman said: “We have always been prepared to go to ACAS if this helps to resolve a strike that Grangemouth petrochemical plant and refinery cannot afford. We hope to be able to resolve the dispute and address the financial issues that threaten the survival of the entire site.”

Energy Secretary Ed Davey urged Unite to call off the strike but said he is “extremely pleased” the two parties have agreed to meet.

The Grangemouth refinery processes 210,000 barrels of oil per day and provides most of Scotland’s fuel. It is jointly owned by INEOS and PetroChina.