Canada has been accused of starting a “cyberwar” with Brazil, after powerpoint slides stamped with a Communications Security Establishment Canada (CESC) seal were shown on a Brazilian television news programme. […] 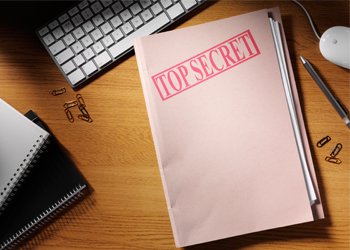 Canada has been accused of starting a “cyberwar” with Brazil, after powerpoint slides stamped with a Communications Security Establishment Canada (CESC) seal were shown on a Brazilian television news programme.

The slides aired on ‘Fantastico’ suggest Canadian hackers used a programme called ‘Olympia’ to access the smartphones and computers of staff at Brazil’s Ministry of Mines and Energy last year. The documents were among those obtained by former NSA contractor Edward Snowden and were given to the show by his confidant – the US journalist Glen Greenwald.

Responding to the allegations on Twitter, Brazilian President Dilma Rousseff said: “The espionage infringes on the sovereignty of nations and the privacy of individuals and enterprises …It is unacceptable among countries that claim to be partners.”

Canadian Prime Minister Stephen Harper said he was ‘‘very concerned’’ about the allegations and officials have been ‘‘reaching out very proactively’’ to their Brazilian counterparts.

The slides were dissected on Fantastico by Brazilian security expert Paulo Pagliusi, who said he was “astonished” by Canada’s hacking power. He told Canadian newspaper The Globe and Mail the slides suggested information had been shared among the ‘Five Eyes’ – an international electronic intelligence network consisting of Australia, Britain, Canada, New Zealand and the US.

Although it’s not yet clear what information was extracted, the operation is widely thought to be a case of economic espionage, particularly as the two countries are both large oil producers. Mr Pagliusi said: “The speculation it could be broad based economic trend information makes to me perfect sense.”

An economic motivation is supported by another set of documents acquired by the Guardian through a freedom of information request. They show twice a year since 2005 CESC took part in security briefings in Ottawa with energy companies, with the last in May 2013, the paper reported.

Although the meetings were officially billed as covering “threats” to energy infrastructure, topics listed for discussion also included “challenges to energy projects from environmental groups”, “cyber security initiatives” and “economic and corporate espionage.”