DECC needs to stop treating CCS as an "option” 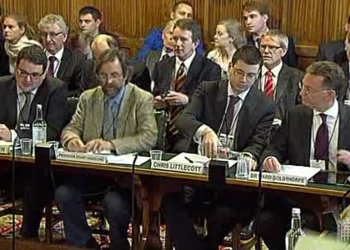 DECC needs to get behind Carbon Capture and Storage (CCS) and stop treating it as a spare option if the technology is to make a significant contribution to cutting Britain’s CO2 emissions, the Energy and Climate Change Committee was told yesterday.

At a committee hearing Chris Littlecott, Senior Policy Adviser for E3G said: “DECC as whole still seems to want to treat CCS as an option… We don’t see enough clarity on CCS being required.”

He added DECC’s thinking appeared to be that CCS is “one of a number of low carbon options in the power sector – take it if you want to.”

Echoing a report released on Monday by the Global CCS Institute, speakers giving evidence to the committee said issues with policy rather than engineering or technical ones were the biggest barriers to progress, with a lack of certainty hampering investment.

Professor Stuart Haszeldine, Director of Scottish Carbon Capture and Storage said: “I personally think that the policy barriers are immense in the UK.”

Despite the concerns, there appeared to be consensus the government is broadly speaking on the right path with the Electricity Market Reform (EMR).

Luke Warren, CEO of the Carbon Capture and Storage Association said: “We actually think largely we’ve got the right instruments to deploy CCS in Electricity Market Reform if they’re applied in a practical fashion.”

However, he said the “generic” Contracts for Difference in the EMR had been designed for renewables and needed to be adapted to suit the unique needs of CCS, which “has a different cost structure”.

Professor Stuart Haszeldine drove home the importance of stable policy: “What industry needs continually is certainty. So they need a clear view that the UK is going to make a policy and stick to it and the Electricity Market Reform… is a good type of policy but they have to have the confidence that will last for 10 or even 20 years into the future.”

He added: “What we need to know is we’re going to be disposing of hundreds of millions of tonnes of CO2 every year for the next 50 years.”