The Unite union has called off a planned strike at the Grangemouth oil refinery and petrochemical site (pictured). The move follows 16 hours of negotiation between union members and representatives […] 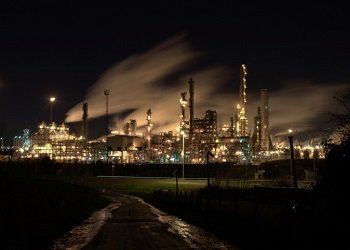 The Unite union has called off a planned strike at the Grangemouth oil refinery and petrochemical site (pictured).

The move follows 16 hours of negotiation between union members and representatives from INEOS, the site owner as they failed to resolve the row over the treatment of a union convenor. Members from the union were due to walk out in Scotland on Sunday for 48 hours.

Unite claimed it called off the industrial action “to protect a national asset from the owner’s scandalous behaviour”.

Unite Scottish Secretary Pat Rafferty said: “We are outraged that INEOS representatives walked away from ACAS [Arbitration and Conciliation Service] talks, after 16 hours of negotiation and on the cusp of an agreement, for the ludicrous reason that INEOS Chairman Jim Ratcliffe instructed his management representatives to demand an apology on his behalf.

“Unite offered INEOS every proposal we could practically make, specifically an offer to enter into negotiations under the auspices of ACAS to secure the future of Grangemouth with the immediate call-off of all industrial action and a guarantee of no strikes during these negotiations.

“However at 5am this morning ACAS representatives informed us that we could not conclude an agreement to take to our members because a list of fresh demands were placed upon us and because ‘Jim wants an apology’ and that this was ‘a deal-breaker’. I have never came across anything like this in over 30 years of employment relations and it is utterly reprehensible.”

Mr Rafferty also accused INEOS of running the plant into a “damaging cold shutdown” which would impact fuel production and supply across Scotland.

Energy Secretary Ed Davey however said he is “pleased” the strike has been called off but is urging both parties to continue talks to reach a “fair, sustainable resolution of their differences and ensure the long-term future” of the site.

INEOS is expected to release a statement soon which ELN will be running later today.