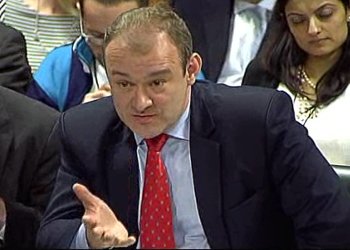 The Lib Dem minister also said the average 9.2% rise was “extremely disappointing” news for the firm’s domestic customers, continuing to adopt the slightly sterner line with suppliers he began when commenting on SSE’s rises last week.

Mr Davey said: “I recently wrote to energy companies asking them to publish their costs of delivering the Energy Company Obligation. Today’s announcement shows why that’s necessary, because British Gas’s ECO numbers just don’t add up when you look at what other energy companies are saying about their costs.”

He added: “The company will need to justify this decision openly and transparently.”

Pricing experts said many would see the hike as a “broken promise” as the supplier pledged in May to use cold weather profits to keep its prices steady for as long as possible.

Tom Lyon, energy expert at uSwitch.com said: “British Gas customers have had the rug pulled from under their feet and I suspect that many will be feeling let down and betrayed. Adding a further £131 to an already sky-high energy bill will leave many buckling but the real damage will be to trust.”

Energy price comparison site Which? also described the decision as “yet another blow” to consumers.

Which? executive director Richard Lloyd said: “We wait to see what the other suppliers decide to do, but so far First Utility is the only company to confirm they will not be raising their prices.”

The supplier has blamed government green and social levies, global energy prices and the rising cost of using the national grid.