The owners of the Grangemouth oil refinery and petrochemical site have shut the plant down and said it will remain closed until Tuesday at least. The news comes hours after […] 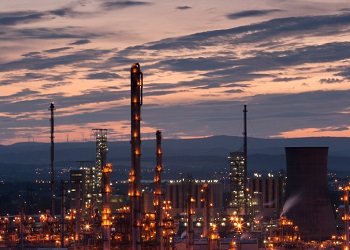 The owners of the Grangemouth oil refinery and petrochemical site have shut the plant down and said it will remain closed until Tuesday at least.

The news comes hours after Unite union members called off a 48-hour planned strike despite not resolving the dispute over the treatment of a convener following 16 hours of negotiation.

The union claimed it called off the industrial action “to protect a national asset from the owner’s scandalous behaviour”.

A spokesperson from INEOS told ELN that as it takes over a week to shut the facility down, it had started cooling the plant and closed it yesterday afternoon for “safety reasons” prior to the strike being cancelled. She said there would be “safety issues” in shutting down and restarting the facility multiple times.

INEOS added it is closing the Grangemouth refinery to discuss the “future of the site” as it is currently losing more than £10 million per month and has lost over £576 million in the last four years.

It said in a statement: “Grangemouth is financially distressed. The industrial action called by Unite the Union has inflicted significant further damage on the company.

“INEOS will put a proposal to the workforce tomorrow and expects a response on Monday after the weekend. The company will review its position with its shareholders on Tuesday.”

The company said it had decided to restart all plants “as quickly as possible” provided the union agreed not to take further industrial action before the end of March. However, it claims the union refused, “offering a limit of a 24-hour strike per month” during the first quarter of 2014.

Responding to the news the refinery will remain shut Energy Secretary Ed Davey said: “Grangemouth is an important part of the Scottish economy, with industry, jobs and people’s livelihoods at stake. I have worked hard with both sides to urge them to continue talking and find a way that secures a long-term future for Grangemouth.

“Motorists should be assured that the Grangemouth shut down will not affect Scotland’s petrol and diesel supplies. We have been working closely with the fuel industry and Scottish Government to ensure robust contingency measures are in place.”