Support for fracking 'grows' in Blackpool and West Lancashire'

Support for fracking has increased in and around Blackpool near Cuadrilla Resource’s Bowland Basin license area, according to a survey commissioned by the firm. The phone poll of 500 people […] 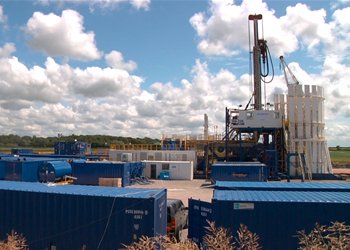 Support for fracking has increased in and around Blackpool near Cuadrilla Resource’s Bowland Basin license area, according to a survey commissioned by the firm.

The phone poll of 500 people in Blackpool, Fylde and West Lancashire by Britain Thinks found 57% supported or strongly supported shale gas extraction, up from 50% in December 2012 and 44% in October 2012.

The proportion saying they opposed or strongly opposed fracking fell from 23% in October and December 2012 to 20% in the latest survey.

Asked what they saw as the greatest benefit 47% said job creation. Water contamination (30%) overtook seismic activity (20%) as the biggest concern of those surveyed since the last poll. Climate change was left in fourth (9%) just behind gas leaks (10%).

Francis Egan, Chief Executive of Cuadrilla said: “One issue that concerns people and is reflected in the findings of this research is water – an area that we will manage through the highest standards of regulation, well design and industry best practice.”

A survey in August found the general public was less enamoured with fracking. Asked which they would most like in their local area – solar, wind, nuclear or fracking – just 6% opted for shale gas, making it almost seven times less popular than solar.