The Government and EDF have finally shaken hands on the terms of contract for the new nuclear power station at Hinkley Point. It puts an end to months of uncertainty […] 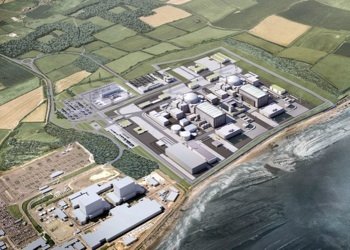 The Government and EDF have finally shaken hands on the terms of contract for the new nuclear power station at Hinkley Point.

It puts an end to months of uncertainty and manoeuvring from both sides over the deal, particularly on the “strike price” which EDF will be paid for its nuclear energy.

EDF has agreed to a strike price of £89.50/MWh which is lower than expected after reports of around £93/MWh sum last week.

However if EDF does not also build another nuclear plant, Sizewell C – giving it better economies of scale on building the EPR reactors – the price will rise to £92.50/MWh.

The first new nuclear plant built in the UK in a generation, Hinkley Point C in Somerset will be up and running from 2023 according to ministers. It should be able to power nearly 6 million homes – almost a tenth of the British population.

Prime Minister David Cameron hailed it as a sign Britain is “very much open for business”.

He said: “This deal means £16bn of investment coming into the country and the creation of 25,000 jobs, which is brilliant news for the South West and for the country as a whole.”

There has been concern over who will pay for the clean up when the plant eventually closes. The deal requires the developer to start putting money into a fund from the first day of generation to pay for this.

Energy and Climate Change Secretary Ed Davey called it an “excellent deal” for Britain and British consumers: “For the first time, a nuclear power station in this country will be built without money from the British taxpayer.”

He added: “This deal is competitive with other large-scale clean energy and with gas – and while consumers won’t pay anything up front, they’ll share directly in any gains made from the project coming in under budget and from refinancing or equity sales in particular circumstances.”

Rumours of Chinese involvement in Hinkley Point C were confirmed today, with EDF Group announcing the intent of two Chinese companies, CGN and CNNC, to invest in it as minority shareholders.

It’s not quite time to reach for the champagne though as today’s commercial agreement is not legally binding and depends on a positive decision from the European Commission over whether the strike price is acceptable state aid.