Energy suppliers are banned from increasing prices on fixed-term contracts for householders under new rules that have come into force today. Energy regulator Ofgem said suppliers would also be prevented […] 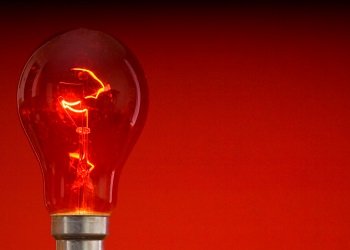 Energy suppliers are banned from increasing prices on fixed-term contracts for householders under new rules that have come into force today.

Energy regulator Ofgem said suppliers would also be prevented from automatically rolling customers on to another fixed term contract when their current one ends.

Its review found many suppliers that offer fixed-term deals could still increase prices, which could tie consumers into a tariff they couldn’t get out of if prices went up.

Ofgem said consumers will have the certainty that if they choose a fixed-term deal, the price and conditions they sign up to will not be changed. Customers will also be rolled on to variable rate deals when their fixed contract ends, which allows them to switch without penalty. They will get over 40 days warning that their fixed deal is coming to an end so they have plenty of time to find the best tariff.

The new rules are part of the regulator’s reforms to “reset the energy market” and make it “simpler, clearer and fairer” for consumers.

Andrew Wright, Ofgem’s Chief Executive said: “Today’s extra protection for consumers on fixed prices is just one of a range of reforms we are bringing in over the next six months to hold energy companies to higher standards. If suppliers fail to deliver then Ofgem stands ready to take enforcement action to protect consumers.

“Ofgem is going to make it easier for consumers to ‘vote with their feet’ and for new suppliers to enter the market and take on the Big Six. Now we are looking for energy suppliers to pick up the baton and put their efforts into restoring consumer trust.”

The news comes as Ofgem today ordered ScottishPower to pay £8.5 million for misselling.

The new rules apply to any fixed-term contracts taken out on or after July 15th although the ban on price changes do not apply to the so-called “tracker” fixed-term deals which follow an independent index or if structured price rises have been set out clearly in advance.