The Scottish Government is trying to find a buyer for the troubled Grangemouth oil refinery. John Swinney, Scottish Finance Secretary said: “In view of the clear danger of a stalemate […] 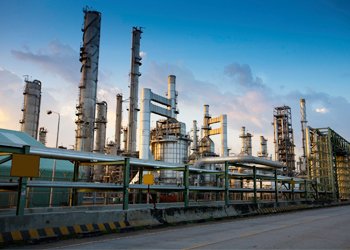 The Scottish Government is trying to find a buyer for the troubled Grangemouth oil refinery.

John Swinney, Scottish Finance Secretary said: “In view of the clear danger of a stalemate developing between the owners and the union, the Scottish Government has indeed been actively pursuing alternative options. This is what the people of Scotland expect. However, the overwhelming priority is to get the Grangemouth plant back into operation.”

It followed an earlier interview with BBC Radio Scotland in which he said the Government “has had discussions with other players,” adding that government ownership was “not appropriate”.

Over the weekend INEOS Chairman Jim Ratcliffe said the threat of closure at the refinery “is not a bluff” but the firm has not commented on the Scottish Government’s decision to look for buyers.

Meanwhile, the Unite union said at least 665 workers at the closed Grangemouth refinery have rejected what it described as a ‘sign or be sacked ultimatum’, after it called for workers to turn down the offer and send Unite their rejection forms.

Workers had until 18.00 last night to agree to the ‘Survival Plan’ contract offered by INEOS. Under the plan workers would not get any pay rises or bonuses until 2016 and their pensions would change from a final salary to a defined benefits scheme.

INEOS said without the changes the plant is “unsustainable” as the site is losing £10 million a month and the pension scheme is £200 million in deficit.

Pat Rafferty, Unite Scottish Secretary said: “This is an overwhelming rejection of the company’s blackmail and threats. This workforce has said that they want to secure a future for Grangemouth, free from fear, based on negotiation not confrontation.”

INEOS hasn’t yet released the number of acceptances it has received but said the results would be presented to shareholders today and they would decide the next step. Workers are expected to be informed of the shareholders’ views tomorrow.