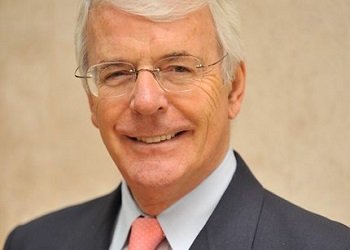 Speaking at a Parliamentary Press Gallery lunch today, he said the recent price rises – announced by SSE, British Gas and npower so far – were “unacceptable” and many would have to choose between heating their homes and eating.

Sir John said: “I do not see how it can be in any way acceptable that with energy prices rising broadly 4% in terms of costs that the price to the consumer should rise by the 9-10% that we are hearing.

He added Labour leader Ed Miliband’s “heart was in the right place but his head has gone walkabout” when asked about the party’s plan to freeze energy prices if it wins the next election.

In response to the comments the ex-PM made, Mr Miliband tweeted: “Sir John Major makes Labour’s argument: David Cameron stands up for the energy companies not hard-pressed families.”

The former Prime Minister served in Downing Street between 1990 and 1997.