The Grangemouth petrochemical plant is to close for good with the liquidation expected to begin within a week, its owner announced today. Following the failure of talks with the Unite […] 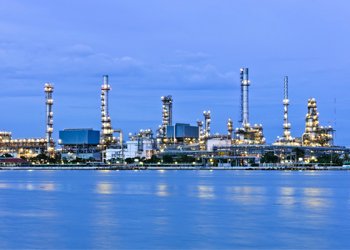 The Grangemouth petrochemical plant is to close for good with the liquidation expected to begin within a week, its owner announced today.

Following the failure of talks with the Unite union and a narrowly averted strike, the Grangemouth site had been temporarily shutdown since last week, whilst the owner INEOS tried to secure a deal to prevent any walkouts before March and get workers to agree to its ‘survival plan’.

Under the plan there would have been a freeze on bonuses and pay rises until 2016 and workers would have seen their pension change from a final salary to a defined benefits scheme. INEOS said without the changes the plant was “unsustainable” as it was losing £10 million a month and the pension scheme was £200 million in deficit.

The Unite union called on workers to turn down the offer, describing it as a “sign or be sacked ultimatum”.

INEOS today said the result of the employee vote was a 50/50 split, with almost all of the administrative staff voting in favour of the plan but a large majority of shop floor staff voting against it. Shareholders met yesterday to discuss the results of the vote, deciding that the petrochemical plant no longer had a future.

INEOS said the fate of the adjacent refinery is yet to be decided but it will mainly be dependent on the removal of the threat of further industrial action.

Calum MacLean, Chairman of Grangemouth Petrochemicals said: “This is a hugely sad day for everyone at Grangemouth. We have tried our hardest to convince employees of the need for change but unsuccessfully. There was only ever going to be one outcome to this story if nothing changed and we continued to lose money”.

Energy Secretary Ed Davey said: “While respecting INEOS’ right to make this decision, it is regrettable that both parties have not managed to negotiate a fair and equitable settlement that delivers a viable business model for the plant.

“Even at this late stage, I urge INEOS to continue dialogue with the workforce and Government will offer help and support with this.”

Local independent MP for Falkirk Eric Joyce was highly critical of the Unite union: “Ineos has been flagging likely cuts for months but instead of engaging with the situation and organising a coherent plan to save jobs, Unite called a strike over a pathetic and petty issue related to Labour Party internal politics.  By the time the union woke up to the reality workers faced, it was too late.”

Finance Secretary John Swinney yesterday said the Scottish government was looking for a buyer for the Grangemouth refinery. Mr Joyce said Unite have made that a difficult job: “What’s the proposition as it stands?  Come and enjoy a non-relationship with a militant union acting with its workers’ interests at the bottom of its priorities.”

The Unite union had yet to respond to the closure at the time of publication.