ScottishPower has announced it’s raising energy prices by an average of 9% for electricity and 8.5% for gas. The supplier said a typical dual fuel bill would go up by […] 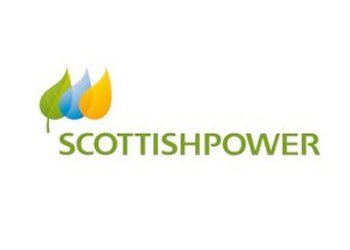 ScottishPower has announced it’s raising energy prices by an average of 9% for electricity and 8.5% for gas. The supplier said a typical dual fuel bill would go up by 8.6% or £113 starting from 6th December.

It is the fourth of the Big Six suppliers to reveal price hikes over the winter after earlier announcements from SSE, British Gas and npower.

The energy company blamed the price rise on a 7% increase in wholesale costs, an 11% increase in delivery costs and a 16% increase in environmental and social levies.

ScottishPower said it was absorbing some of the cost rises, citing its release yesterday of financial results for the first nine months of 2013. They showed an operating loss of £23 million for the firm’s retail and generation activities in the UK.

Neil Clitheroe, ScottishPower’s CEO for Energy Retail and Generation said: “The cost of purchasing and delivering energy to homes across Britain has risen significantly this year. With an increase in costs for delivering compulsory schemes to reduce carbon emissions and improving energy efficiency in homes, we unfortunately have no other option than to pass these on by increasing our prices for customers.

“We understand that these are difficult times for many families and we have done what we can to hold our prices for as long as possible.”

ScottishPower said it will soon begin writing to the 2.2 million customers affected to give them personalised information on how their prices would change. It added another 1 million customers with capped of fixed tariffs would not be affected. The supplier also announced simplifications to its pricing to bring it in line with Ofgem’s Retail Market Review reforms.

Energy Secretary Ed Davey said: “With fifteen independent energy suppliers to choose from outside the Big Six, it’s surprising that these companies think they can keep getting away with bill hikes of this magnitude. As more and more people shop around for the competitive deals on the market, some of which are offered by the independents, companies like Scottish Power can no longer put their bills up in this way with no consequences.”

Energy bosses from the Big Six have been called to give evidence on the price hikes to MPs on the Energy and Climate Change Committee next Tuesday.