David Cameron dodges question on green levies for the chop

Prime Minister David Cameron yesterday dodged questions about which green levies he has in his sights. On Wednesday during Prime Minister’s Questions he declared it was time to “roll back” […] 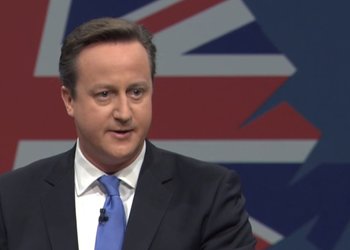 Prime Minister David Cameron yesterday dodged questions about which green levies he has in his sights.

On Wednesday during Prime Minister’s Questions he declared it was time to “roll back” green levies and taxes on energy bills.

These are recycled to pay for renewable power sources and energy efficiency subsidies.

Probed on the issue yesterday, the Prime Minister said: “We’ve also got to look at the taxes and charges and things that are added to people’s bills to see if we can reduce the cost of those.  Because I want not only to help people pay their bills, as we do but also to help get those bills down.”

He added: “We want to do that sustainably for the future, that’s what our aim is and we’ll be making announcements at the Autumn Statement.”

Privately some industry figures have told ELN the comments earlier in the week suggest the Prime Minister has become dangerously “unpredictable”.

Deputy Prime Minister Nick Clegg has struck a very different stance to his senior Coalition colleague. The Lib Dem said yesterday scrapping green levies would be an “own goal”.