The Grangemouth petrochemical plant has been saved from closure after the owner INEOS agreed a deal with the Unite union. It marks a lucky escape as the site has been […] 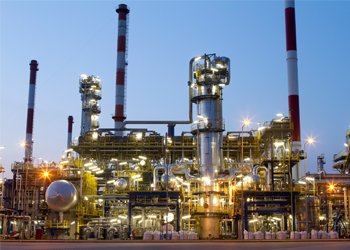 The Grangemouth petrochemical plant has been saved from closure after the owner INEOS agreed a deal with the Unite union.

It marks a lucky escape as the site has been shut down since last week and looked set to close for good after Unite rejected INEOS’ survival plan on Monday.

It will now reopen after the union agreed not to strike for three years and accepted the survival plan. It means workers will also have their pay frozen for three years and will see their pensions change from a final salary to a defined benefits scheme. The deal stipulated changes to union agreements on site, including no full time union convenors.

INEOS held a meeting with workers at 11am this morning to inform them of the agreement.

The adjacent refinery, which has also been shutdown since last week, will be restarted as well.

Pat Rafferty, Unite Scottish Secretary said: “Grangemouth is the powerhouse of the Scottish economy – it now has a fighting chance of upholding this crucial role into the future.

“Obviously today’s news is tinged with sadness – decent men and women are being asked to make sacrifices to hold onto their jobs but the clear wish of our members is that we work with the company to implement its proposals… We will now sit down with INEOS to consult on the company’s proposals.”

Despite the agreement, Grangemouth’s Chairman Calum MacLean had some tough words for the union: “Unite risked 800 jobs and one of the UK’s largest manufacturing facilities over a union official investigation before any verdict had been announced. It then advised employees to reject the change essential to the survival of Grangemouth. Today’s U-turn means Grangemouth now has an excellent future”.

Jim Ratcliffe, Chairman of the INEOS Group added: “This is a victory for common sense.”

INEOS said shareholders will now invest £300 million into the business, to be spent funding ongoing losses and building a gas terminal to bring in shale gas ethane from the US.

The firm said the Scottish Government has indicated it will support its application for a £9 million grant to help finance the terminal. The UK government has already put the site through to the ‘pre-qualification’ stage for a £125 million infrastructure guarantee.