The UK’s prompt power prices are likely to be affected by “volatile” wind supplies after storm St Jude took out the Dungeness nuclear power plant, according to a weekly market […] 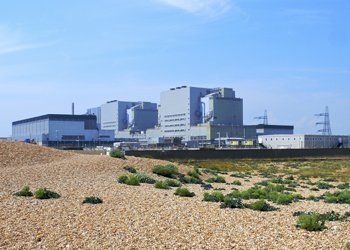 The UK’s prompt power prices are likely to be affected by “volatile” wind supplies after storm St Jude took out the Dungeness nuclear power plant, according to a weekly market report.

On Monday the energy firm EDF said it had switched off reactor B at Dungeness (pictured) after a power loss because of the strong winds.

In the weekly market update, npower’s Client Portfolio Manager Sammy Blay said: “There has been an unplanned nuclear outage at the start of this week so wind output will become a factor to really pay attention to this week as it will drive prompt sentiment.”

The phrase “prompt” refers to day ahead or week ahead prices when the actual power is delivered. Prompt prices tend to be more influenced by short term events such as weather or gas deliveries.

Although the October clock change is “often the trigger” for higher UK power and gas demand said Mr Blay, the “fairly mild” temperatures forecast for this time of the year mean demand is “not expected to surprise”.

He added: “In any case gas supplies remain abundant, especially with storage stocks fairly healthy, LNG coming into the UK and actually a surge of Russian gas flows to continental Europe which hopefully will mean less competition for global supplies the UK might face.”

Looking ahead at contracts much further in the future – which are described as out on the “curve” and are known as seasonal contracts – more “static” price movements are expected.

That’s because Friday marks the switch to trading with traditional calendar-dated contracts – that is, the Gregorian calendar, according to Mr Blay. Previously it was using a different calendar and the change means the UK market will use the same as mainland European ones.