Who do you associate video games with? Surely not the elderly? It’s the youngsters who pretend to save the world from all kinds of evil in their little fantasy world […] 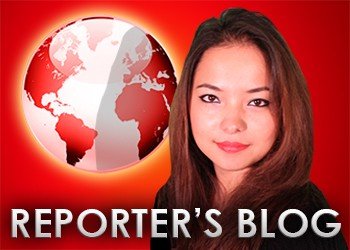 Who do you associate video games with? Surely not the elderly?

It’s the youngsters who pretend to save the world from all kinds of evil in their little fantasy world right? Well, that’s not the case this time.

One such person, surprisingly, is a grandma (unlikely to be the sort to invite you in for a cup of tea and biscuits) out to save herself from the evil energy companies – British Gas to be precise.

A YouTube video shows violent video games aren’t just for those young’n (p.s. it’s the urban slang for young ones) as the foul-mouthed granny vents her anger about rising energy prices with a violent killing spree – playing Grand Theft Auto!

The description under the video reads – “Sorry about the language everyone but I got a letter from British Gas and I had to let my anger out! 20% price hike?! You thieving b******s. Have some of this.”

The gran is seen punching several pedestrians, firing at them and even blowing up a gas rig from a helicopter – all while swearing at British Gas in the video.

Approaching a man in the game, she says: “Hello. What do you do for a living? Work for British Gas do ya? You w****r”, kicking him from the back. “You put my bills up… you take that”, she adds, punching another one in the face.

Although there have been suggestions the video is part of an elaborate prank or a PR stunt, who cares?

The video, unsurprisingly, has gone viral with more than 800,000 views so far – and counting! And I don’t think “GamerGran87’s” furious rampage is without merit.

It has shown the energy giants – in an unconventional way – the anger householders feel about the recent price hikes and huge bonuses dished out to their executives. And also thousands of whom are having to choose between eating and heating as MPs suggested earlier this week when grilling the Big Six to justify the increase in prices.

British Gas said it wouldn’t comment on the video when I contacted them but maybe (I’m not taking sides here) they – and other energy players – would want to watch their backs.