Shale gas extraction poses a low risk to public health according to a new draft report released by Public Health England (PHE). As there isn’t yet any commercial shale gas […] 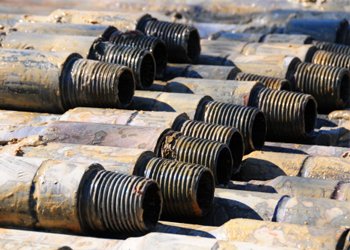 As there isn’t yet any commercial shale gas extraction in Britain the draft report looked at countries such as the US where it is already taking place.

The report found most of the problems identified elsewhere were the result of operational failures and said the evidence indicated the process was low risk if it was properly managed and regulated.

Dr John Harrison, Director of PHE’s Centre for Radiation, Chemical and Environmental Hazards said: “Good on-site management and appropriate regulation of all aspects of exploratory drilling, gas capture as well as the use and storage of fracking fluid is essential to minimise the risks to the environment and health.”

The report went on to say if there had been any groundwater contamination, the leaks were likely to have come from the vertical boreholes. It said the fracking process itself was unlikely to be the source of contamination because of the extreme depth at which it occurs.

The report added any risk of leaks while drilling could be avoided by correct well construction and maintenance. It did say surface spills of waste water or fracking fluid could affect groundwater or lead to airborne emissions.

Professor John Newton, Chief Knowledge Officer at PHE added: “In due course it will also be important to assess the broader public health impacts such as increased traffic, the impact of new infrastructure on the community and the effect of workers moving to fracking areas.”

Anti-fracking groups weren’t convinced by the argument. Friends of the Earth Energy Campaigner, Helen Rimmer said: “Low risk is not the same as no risk.

“Evidence suggests fracking has contaminated drinking water in Australia and the US. There’s no guarantee it won’t happen here – especially given gaping holes in regulations.”

But Energy Minister Michael Fallon didn’t agree: “The UK has the most robust regulatory regime in the world for shale gas and companies will only be granted permission to frack for shale if their operations are safe.

“Public safety and health is paramount and the Government will continue to work with industry to ensure the stringent safety guidelines are upheld as they explore the great potential for shale.”

In September a top geologist told reporters she wouldn’t be too worried by fracking under her house.