The UK Government should scrap its range of green levies and replace them with a “single and consistent” carbon price to achieve carbon reduction targets and tackle climate change. That’s […] 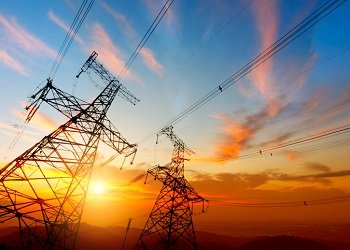 The UK Government should scrap its range of green levies and replace them with a “single and consistent” carbon price to achieve carbon reduction targets and tackle climate change.

That’s the suggestion from the Institute for Fiscal Studies (IFS), which claims the vast number of “complex, incoherent and less effective” Government policies aimed at reducing emissions have actually increased energy prices for householders and businesses.

The latter however has had to face the brunt of the existing policies as businesses are taxed more than households, its new report claims. The charges affecting bills include the EU Emissions Trading System (EU ETS), Carbon Price Floor, Renewables Obligation (RO), Feed in Tariffs (FiTs) and the Climate Change Levy.

The IFS predicts medium-sized non-energy intensive businesses could be paying taxes on electricity of around £121 per tonne of carbon equivalent in 2020 through those policies. It argues the cost is well above the £65/tCO2 the government expects would be needed in 2020 to meet its 80% climate change targets by 2050.

The current system is not transparent and taxing businesses more “just hides the fact that households pay in the end”, it claims.

Arun Advani, one of the authors of the report said: “The cheapest and most efficient set of policies will include a consistent carbon price. Other policies may look more attractive but will cost households more in the end.”

DECC said a sustainable energy policy that tackles climate change and helps consumers keep their bills down is a “top priority”.

A spokesperson added: “A key part of our strategy is to invest in home grown low carbon energy – since 2010 at least £35 billion has been invested in electricity infrastructure to improve our energy security.

“We also need to make sure that our consumers are more in control of their energy bills, which is why we have brought new players into the market to offer consumers real choice and why we are helping the most vulnerable to get money off their bills this winter.”

Last week Prime Minister David Cameron pledged to “roll back” green regulations but Energy Secretary Ed Davey didn’t reveal much about which might be ditched in his Annual Autumn Statement yesterday.