The British Gas owner Centrica is preparing to abandon plans for a £2 billion offshore wind farm because government subsidies are too low, according to reports. In June DECC announced […] 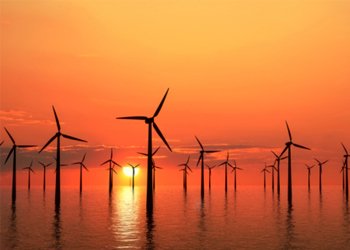 The British Gas owner Centrica is preparing to abandon plans for a £2 billion offshore wind farm because government subsidies are too low, according to reports.

In June DECC announced draft strike prices of £155/MWh for offshore wind projects that begin operating in 2014-15, dropping down to £135/MWh for projects that start running in 2018-19.

But Centrica won’t carry on with plans to invest £200 million in the Race Bank wind farm unless the strike price receives a significant boost, the Telegraph has been told by three sources.

The supplier began planning the wind farm – 17 miles off the Norfolk coast – in 2004 and was given the go ahead by DECC in July 2012. Having originally said it would make a final investment decision in early 2013, Centrica later announced the decision had been pushed back until 2014. The wind farm – which has consent for up to 580MW of capacity – could power more than 450,000 homes according to the supplier.

In a statement Centrica said:  “We continue to believe that Race Bank is one of the best consented offshore projects in the UK and that it could play a key role in the Government’s growth agenda and investment strategy. We are continuing to meet with potential investors to discuss this important project and hope to be in a position to make a final investment decision once we have further clarity from Government on the Contract for Difference strike prices applicable to renewable power generation.”

DECC will announce the final strike prices in December.