Regulators need to bust some of the myths surrounding shale gas extraction according to the boss of drilling firm Cuadrilla, who gave evidence to the House of Lords Economic Affairs […] 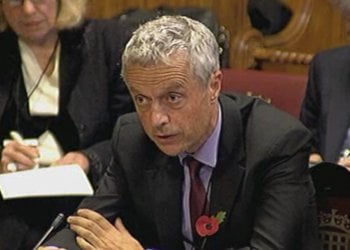 Regulators need to bust some of the myths surrounding shale gas extraction according to the boss of drilling firm Cuadrilla, who gave evidence to the House of Lords Economic Affairs Committee.

Referring to the demonstrations at Balcombe, Cuadrilla CEO Francis Egan (pictured) told the committee yesterday: “I’m sure you’ll be aware most of those protests were against shale gas fracking and Balcombe is not shale, it wasn’t gas and we weren’t fracking.

“That’ll give you an indication of the challenge.”

Andrew Austin, CEO of IGas Energy, who appeared alongside him said: “I think its fair to say that all of us are aware we have an uphill public relations challenge.”

Mr Egan gave other examples: “I was at Balcombe and I had people come to me assured that they would get cancer from our well.

The Cuadrilla boss said there was little he could do to set the record straight as he was rightly seen as having a vested interest.

Mr Egan therefore called for regulatory bodies such as the Environmental Agency to act as arbiters and “reassure members of the community when they are exposed to scare stories.”

He added: “If I say it’s nonsense, it doesn’t carry the same credibility.”