Energy regulator Ofgem is calling on power suppliers to “take action now” in a bid to restore consumers’ trust in the energy market. Speaking at a conference yesterday, Chief Executive […] 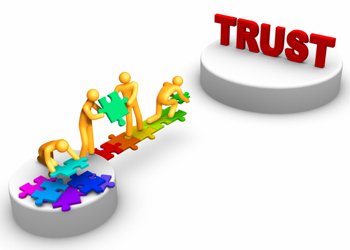 Energy regulator Ofgem is calling on power suppliers to “take action now” in a bid to restore consumers’ trust in the energy market.

Speaking at a conference yesterday, Chief Executive Andrew Wright said Ofgem’s reforms for a “simpler, clearer and fairer market” could be used as a “golden opportunity” to win back trust.

The call follows a recent Which? survey that revealed only one in seven consumers trust energy companies to act in their best interest.

It has been a major issue in the industry, especially with energy firms increasing gas and electricity prices for consumers – forcing them to choose between eating and heating – while paying huge bonuses to their executives.

Mr Wright said: “Consumers are frustrated and angry that the latest round of price rises have happened at a time when incomes are already being squeezed. Consumer confidence in the energy market is very low and suppliers must use our reforms to reach out to consumers and restore trust in the sector.”

Suppliers must offer only four tariffs each for gas and electricity by the end of this year as part of Ofgem’s reforms in a bid to make it easier for consumers to pick out the best deal.

Mr Wright added: “Our reforms are the best chance for consumers to see immediate benefits through simpler tariffs, clearer information and much more consumer protection. The reforms give consumers the choice they value and the simplicity they need but it is now for suppliers to get behind not just the letter of the reforms but the spirit as well.”

Ofgem is also working towards its proposals to establish “a more level playing field” so independent suppliers can compete effectively with the Big Six.

Earlier this week the boss of British Gas’ owner Centrica pledged to forgo his bonus this year.