IEA – Expensive energy will undermine industry in the EU

The competitiveness of energy intensive industry in the EU and Japan will be undermined by expensive energy in the future. That’s according to the International Energy Agency’s (IEA) latest World […] 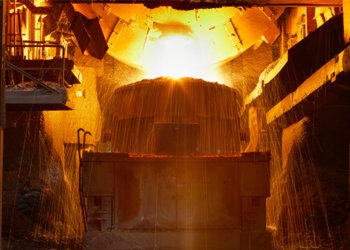 The competitiveness of energy intensive industry in the EU and Japan will be undermined by expensive energy in the future.

That’s according to the International Energy Agency’s (IEA) latest World Energy Outlook released earlier today. The annual report found wide disparities in the price of energy in different regions and said although the gap will narrow it won’t disappear.

Compared to the US, natural gas is currently nearly two and half times more expensive in China, roughly three times more costly in the EU and staggeringly almost five times dearer in Japan, according to the study.

It said by 2035 this difference will be significantly less profound but predicted gas prices in the EU, Japan and China will still all end up around twice those in the States. Similarly, the cost of electricity in all three is expected to be around twice as expensive as well.

Fatih Birol, Chief Economist for the IEA said: “Ten years ago when we looked at the natural gas prices in the world …they were more or less equal.

“But after the shale gas revolution, today we see a major disparity between the United States and the rest of the world.”

The IEA said increased supplies of LNG will help cut down price differences for gas and lead to a more interconnected global market. But it added high transport costs – more than the price of gas itself in the US – will mean there is no global gas price.

All this will have a damaging effect on energy intensive industry in the EU and Japan, said the report. By 2035 the countries are predicted to lose nearly a third (30%) of their current share of the global export market for energy intensive goods. The EU will see its share drop by 10%, down to 36% of the global market, while Japan’s share will be cut down to 7% – a 3% fall.

Cheap energy in the US is expected to mean its share will rise by 1% to a tenth of the worldwide market, thanks in part to its ‘shale revolution’. China, the Middle East and India are all predicted to grab larger slices of the pie as well.

Mr Birol said: “These sectors are crucial. They make up about 20% of industrial output globally and 75% of industrial employment. So the changes here may well have a knock on effect for the economies of these countries and as such they may well change the global economic geography.”

The first course of action for countries facing uncompetitive energy prices should be improvements in energy efficiency according to the IEA.