The UK renewables industry needs “consistency in policy” to attract the $30 billion (£22.3bn) of investment needed by the end of the decade. That’s the view of Ben Warren (pictured), […] 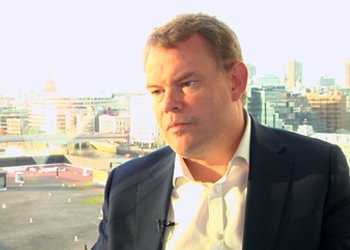 The UK renewables industry needs “consistency in policy” to attract the $30 billion (£22.3bn) of investment needed by the end of the decade.

That’s the view of Ben Warren (pictured), Head of Environmental Finance at EY, who believes policy uncertainty is still one of the biggest setbacks for renewable energy investment in Britain.

His comments come as EY today released its Renewable Energy Country Attractiveness Indices (RECAI), which shows the US is still in the top spot, followed by China, Germany and the UK.

Mr Warren told ELN: “We’re at a time where capital is really quite scarce but we’re also at a time in the UK energy market where investment is desperately needed. EY reckons there’s about $30 billion worth of investment needed between now and 2020 in the renewable energy sector alone so if the Government is going to attract that capital, we need consistency.

With the UK energy market still going through a transition and the ongoing “political infighting”, Mr Warren believes these both hinder new projects.

Mr Warren said: “There’s the EMR [Electricity Market Reform] that’s ongoing which is a wholesale reform to the market and that leaves a lot of investors really unsure as to the value they’re going to get for their energy off-take. So we’re seeing a real slowdown in new project development and a retraction in the amount of capital flowing into the UK market. When we overlay that to the political undertones we’re seeing with the Labour party talking about price freezes and quite a response from the Coalition Government… a lot of political infighting which is not helpful at all.”

Mr Warren told ELN: “Whilst we’re going through the political turmoil at the moment and whilst western governments are particularly struggling with the affordability of renewables and the impact of expensive energy on the underlying competitiveness of the economy, the outlook for renewables is robust.

“And we say that because the cost of renewables now is at an all-time low and as we look forward in the next year or two, we expect particularly onshore wind and solar PV to be able to compete with other sources of energy without any form of support and that has to be the panacea for the sector.”