The Hitachi owned company Horizon Nuclear Power has opted to build fewer nuclear reactors at a proposed nuclear plant in Wales. This means capacity will be 1.3GW lower than it […] 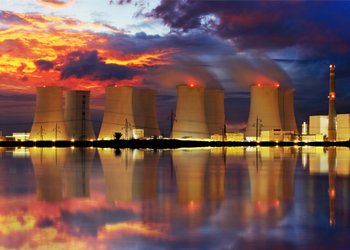 The Hitachi owned company Horizon Nuclear Power has opted to build fewer nuclear reactors at a proposed nuclear plant in Wales. This means capacity will be 1.3GW lower than it might otherwise have been.

Hitachi bought the firm from RWE npower and E.ON last year and said at the time it planned to build two to three Advanced Boiling Water Reactors (ABWR) at each of the plants proposed by Horizon at Wylfa in Anglesey and Oldbury in Gloucestershire.

Horizon has now announced only two of the three 1.3GW reactors will be built at the Wylfa site. In a statement the firm said: “Designs are being worked up for two ABWR units as part of a single power station.”

The firm also announced the final name for the power station. It will be called ‘Wylfa Newydd’ – the Welsh for ‘New Wylfa’ – a reference to the existing nuclear plant in the area and the “benefits it will bring to the island in the years ahead.”

Reuters quoted a spokesman for the company as saying two to three reactors are still planned for Oldbury. The two plants will have a combined capacity of 5.2-6.5GW depending on the number of reactors installed at Oldbury.

According to the company’s website the projects will require as many as 6,000 workers and could create around 1,000 permanent jobs at each site.