The Government should reconsider its plans to axe the Code for Sustainable Homes in the UK, MPs have warned. The Department for Communities and Local Government (DCLG) has been consulting […] 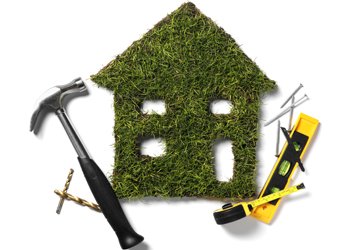 The Government should reconsider its plans to axe the Code for Sustainable Homes in the UK, MPs have warned.

The Department for Communities and Local Government (DCLG) has been consulting on plans to scrap the sustainable homes policy as part of its efforts to cut red tape in the house building industry.

It suggested getting rid of some as many are believed to overlap with existing building regulations.

The code, which is voluntary, allows local authorities to demand that builders meet the required environmental standards on energy, water, waste, materials and pollution. It uses a one to six star system to rate the overall sustainability performance of a new home. Local councils have used it to drive up standards that includes installing renewable energy which developers claim have put up costs.

The Environmental Audit Committee however argues that getting rid of the code would reduce standards to the “lowest common denominator”.

Committee Chairman Joan Walley MP said: “The Secretary of State should think again before demolishing the Code for Sustainable Homes. The policy has been a big success in driving up home building standards, delivering local choice and supporting green exports. Building materials manufacturers in the UK told us that they use the Code as a green kitemark when they sell their products abroad.

“The Coalition Agreement promised that the Government would ‘return decision-making powers on housing and planning to local councils’ but this decision bulldozes local choice in favour of a one-size-fits-all approach designed to benefit developers who want to build homes on the cheap.”

The Committee’s report also warned the zero carbon homes standard that is expected to replace the sustainable homes code from 2016 has already been “successively watered down” and could hinder industry efforts to build greener homes.

The UK Green Building Council (UK-GBC) said the Code for Sustainable Homes has been very helpful in setting out a “clear direction to future standards”.