Downing Street has denied that the Prime Minister David Cameron told ministers to get rid of “this green crap” – referring to the environmental levies on consumers’ energy bills. A […] 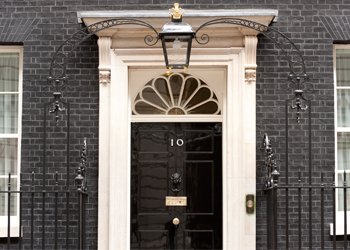 Downing Street has denied that the Prime Minister David Cameron told ministers to get rid of “this green crap” – referring to the environmental levies on consumers’ energy bills.

A newspaper quoted an unnamed Tory source as saying: “The prime minister is going round Number 10 saying: ‘We have got to get rid of all this green crap’. He is totally focused on it.

But a Downing Street source told the Press Association: “We do not recognise this phrase that they are using on their front page,” according to reports.

Mr Cameron has previously said he wanted to “roll back” some of Britain’s green regulations and charges.

The Deputy Prime Minister Nick Clegg got drawn in to the fuss when he was asked about the Prime Minister’s supposed views on the levies whilst doing his weekly phone in on LBC.

He added: “The Prime Minister and I were discussing this just yesterday, I don’t think it’s a fair reflection of his views.”

Mr Clegg said the levies – which add £112 to the typical energy bill – supported tens of thousands of jobs in the green energy sector and actually kept bills down in the long run by helping people insulate their homes.

He continued: “We both want to see policies …made as cost effective as possible without cutting our commitment to reducing carbon emissions and looking after the environment.”

He said they were both looking at a number of options including whether the government should pay for the levies out of the public purse.

Joss Garman, Deputy Political Director at Greenpeace said: “The British electorate are a sophisticated bunch who will see through [David Cameron’s] chameleon tendencies and conclude this attack is not an act of leadership but one of cowardice as he panders to the extreme wing of his own party and tries to claw back support from Ukip.

“The real crime is that every time David Cameron reaches for the dog whistle playbook he undermines thousands of jobs in the green energy sector and threatens future investment. Now that really is crap.”