Power and utility execs think economy is on the up

Confidence in the global economy has hit a two-year high among power and utility company executives, according a new survey released by accounting firm EY. In its annual Capital Confidence […] 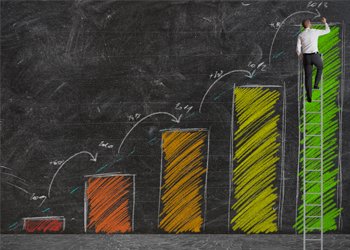 Confidence in the global economy has hit a two-year high among power and utility company executives, according a new survey released by accounting firm EY.

In its annual Capital Confidence Barometer, 90% of the executives surveyed thought the world’s economy was stable and 67% thought it would improve over the next year.

The majority (58%) thought the economy would expand by 1-3% over the next 12 months and more than a quarter (28%) thought it would grow even more than that.

Political instability was cited as the biggest concern for most power and utilities execs, with half (48%) saying it was the greatest economic risk to their business over the next six to 12 months. Next in line for concern were the Eurozone crisis (25%), the failure of the US to manage its withdrawal of quantitative easing (18%) and more slow growth in China (9%).

Despite this the report found confidence in both developed and emerging markets. French execs were the most optimistic with all those polled saying they had a positive view of the world economy. France was followed by the US, where 83% of those surveyed saw the global economy in a good light.

Brazil took third place (82%) and China came fourth (73%). The UK finished off the top five, with 71% of British execs having a positive view of the world economy.

This was reflected in a growing number of deals in the industry, which also hit a two-year high of 107 deals in the third quarter of 2013. Mergers and acquisitions during the period were worth $31.7 billion (£19.6bn), broadly in line with the previous quarter’s $33 billion (£20.4bn) and 67% higher than the same time last year.