Is RWE’s wind project withdrawal a result of ‘policy uncertainty?'

Policy uncertainty in the UK energy industry is hindering investment and could be the reason why the Bristol Channel windfarm was ditched. Analyst Ben Warren, Environmental Finance Leader at EY, […] 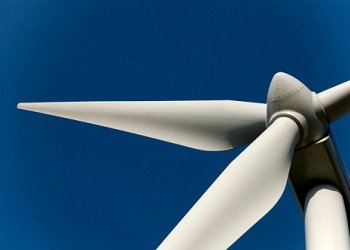 Policy uncertainty in the UK energy industry is hindering investment and could be the reason why the Bristol Channel windfarm was ditched.

Analyst Ben Warren, Environmental Finance Leader at EY, said uncertainty in the current energy framework is “widening the time gap” between investors “announcing their intentions and taking action” and he believes that is one of the reasons why energy firm RWE today said it had ditched its plans to build a £4 billion wind farm.

Mr Warren said: “The sector and offshore wind in particular are left susceptible to that mood of uncertainty. What we see is a trend for developers to walk out of the UK market or push back investment decisions and primary funds for the construction of new renewable energy plants in the UK falling by 45% between 2009 and 2012. If this trend continues, it could jeopardise billions worth of investment and thousands of much needed jobs.”

Environmental group Friends of the Earth believes the government needs to question its own policies and “anti-green rhetoric”, with it’s Head of Campaigns Andrew Pendleton saying: “Wanton green-bashing by some at the heart of the Coalition is starting to cost jobs and threaten the future security of our energy supply.”

Julie Elliott MP, Shadow Energy and Climate Change Minister claims Labour “would set a clear decarbonisation target to give businesses the confidence to invest in our energy infrastructure”.

She added: “David Cameron’s failure to support clean energy is putting vital new investment at risk and jeopardising the country’s future energy security. It might keep Tory backbenchers happy when David Cameron says he wants to ‘drop the green crap’ but the Government’s attacks on green energy are scaring away firms that want to invest and create jobs in Britain.”