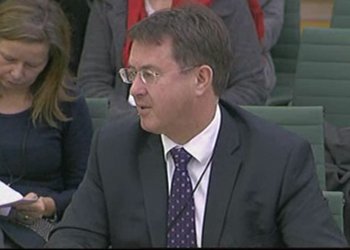 The boss of Ofgem was today challenged by MPs over the use of standing charges on customers’ bills at a meeting of the House of Commons Energy and Climate Change Committee.

Andrew Wright, Ofgem’s interim CEO, was asked what steps the regulator had taken to tackle problems with the charges, which according to Labour MP Dr Alan Whitehead were “likely to penalise a low energy user and essentially reward a comparatively high energy user.”

Mr Wright responding by saying things were a lot better than they used to be, since Ofgem made tariffs simpler: “Previously companies had very complicated two tier unit charges which effectively did no more than disguise the standing charge in the first few units.”

He added: “They were hidden from view – nobody knew they were there.”

Mr Wright said Ofgem did not force companies to have standing charges and indeed there were tariffs available on the market without them. He said the retail market reforms enacted by Ofgem had made these tariffs easier to find and he encouraged low energy users to look for them.

But he added: “Companies are entitled to recover their fixed costs through a standing charge if that’s what they want to do.”

He said forcing companies to drop the charge was beyond Ofgem’s remit and would leave the regulator open to legal challenges.

Mr Wright also pointed out that if the charges were banned, while some customers would pay less others would pay more, adding: “It’s worth saying fuel poverty is often associated with high energy usage, so its not necessarily the case that [removing the standing charge] benefits disadvantaged customers.”

He continued: “If that’s a policy decision government wants to make, I think it would be one more appropriately made by government.”

In September the consumer group Which? called for standing charges to be scrapped, while in June EDF said it wanted petrol forecourt style prices.