The UK saw a steep rise in the number of winter deaths last year, with charity and green groups claiming it was a result of “poor insulated homes”. There was […] 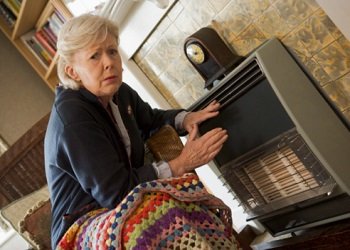 The UK saw a steep rise in the number of winter deaths last year, with charity and green groups claiming it was a result of “poor insulated homes”.

There was an extra 31,100 winter deaths in England and Wales last year – a 29% rise compared to the previous winter, according to the Office for National Statistics (ONS). The majority of deaths occurred among those aged 75 and over.

Paul King, Chief Executive of the UK Green Building Council said: “The Prime Minister should be in no doubt that these shocking figures are a direct result of how poorly insulated our homes are. If there is any rolling back of energy efficiency schemes such as ECO [Energy Company Obligation] in the Autumn Statement, these disgraceful numbers are only going to get worse. How much more obvious could that be?”

Environmental group Friends of the Earth said “thousands of people die prematurely every winter because they live in housing that leaks heat”.

Fuel Poverty Campaigner Sophie Neuburg added: “This winter, as bills rise further and the number of homes being insulated falls, more people will perish. While the Chancellor dances to the energy firms’ tune and skirts around the task of tackling heat-leaking homes, millions of people shiver, with the older and most vulnerable worst affected.

“Making energy efficiency a top Government priority would knock hundreds of pounds off fuel bills, create jobs and save thousands of lives every year.”

However, the Government insisted it is tackling fuel poverty and helping vulnerable households through schemes such as the Warm Home Discount.

A DECC spokesperson added: “[It] will help two million households this year, including more than one million low income pensioners who will receive £135 off their bill.

“In addition, in 2013 we have already seen over 300,000 energy efficiency measures installed in around 273,000 properties through Government’s Green Deal and Energy Company Obligation schemes to help insulate people’s homes.”