Today’s been a funny one for the energy sector and the Government. A strange dance of rumour and denial where both partners seem to know the other has made a […] 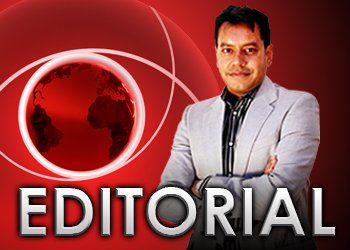 Today’s been a funny one for the energy sector and the Government. A strange dance of rumour and denial where both partners seem to know the other has made a foul step but isn’t going to dob them in.

The steps that led to such confusion centred around “asking the Big Six to hold prices till the election” according to my old employer the BBC, who ran a story this morning saying ministers were applying pressure to the Big Six. A few hours later the PM no less was interviewed saying it was all rubbish.

The judges on that awful dance show, (yes I know I must be the only person who hates it),  would have had a field day marking that two step!

So what’s with the dance? Even that most stoical of individuals Angela Knight seemed to have not been told the moves. This morning she was clearly in the dark about the story and although she did her best, it was clear someone had played a tune to the BBC and she didn’t know what it was. Labour meanwhile may not have known the moves but were straight on the floor.

Caroline Flint took great delight in a cha cha cha that brashly said ‘hey Labour is the leader with all the innovative steps’ (price freeze) and only now had the Tories and Lib Dems caught on and made a complete hash of the dance.

The BBC could have made it all up of course, let’s face it there have been plenty of cases of dodgy journalism and fiction lately but I doubt that’s the case. Someone was sanctioned to tell the story of Governmental pressure on the Big Six and clearly there have been chunterings of some kind to feed the story.

How on Earth can an energy market, that is supposed to be driven by independent fiscal forces, be influenced by Ministers? Well it can’t unless it means we are moving to a psuedo market which is not really a market at all but one set according to the political issues that strike the loudest chord with punters.

What’s the true picture? Who knows? Mr Cameron was upset that it seemed his Government appeared to be trying to curry favour with energy companies for a policy he and Ed Davey continue to brand as failed. But someone in the sector is happy to say Ministers are fiddling in the market.

Formally, neither side has criticised the other for the confusion today but it’s clear these dance partners have a lot of time together in the rehearsal room before the next election and I bet they’ll be watching each other’s moves very carefully from now on.