The Government today confirmed plans for a tax rebate of £12 for domestic electricity bills. The political storm over energy prices continued to rage over the weekend, with suppliers and […] 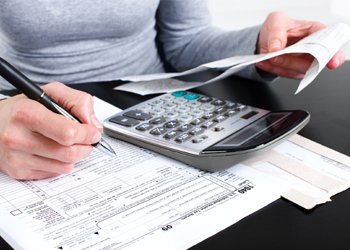 The Government today confirmed plans for a tax rebate of £12 for domestic electricity bills.

The political storm over energy prices continued to rage over the weekend, with suppliers and the Department of Energy and Climate Change both trying to appear more sympathetic toward consumers.

The rebate worth £600million will be funded by the Government and “passed directly to customers” for two years, according to DECC.

Unlike a typical tax rebate though, consumers shouldn’t expect to get the cash in hand. Instead the £12 will be trimmed off energy bills when a government scheme – the Warm Homes Discount – is moved out of the bill and into general taxation.

The WHD gives vulnerable households £135 off their energy bill.

The energy department claimed this rebate move, on top of others – such as stretching out insulation scheme Energy Company Obligation (ECO) over four years instead of two – will benefit British households by around £50. It said the ECO changes will take an average £30-£35 off bills next year.

The Government said electricity distribution network firms will also voluntarily cut their network costs in 2014/15 resulting in another “one-off” reduction of an average £5.

Energy Secretary Ed Davey said: “Today’s announcement confirms a serious, workable package which would save households around £50 on average.

“Today’s package also ensures that energy companies are not off the hook. They will keep up their efforts to help people in fuel poverty cut their bills by making sure their homes leak less heat, and they will have to be more transparent about what they’re spending on social and environmental measures.

“Next year, our competition test will forensically examine what more we can do to get prices down through ferocious competition.”