Green deal to be made ‘easier and less time-consuming’

The Green Deal is to be streamlined to boost the uptake of energy efficiency measures, DECC announced today. The department said it would make the scheme “more straightforward and less […] 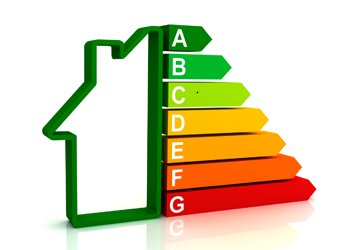 The Green Deal is to be streamlined to boost the uptake of energy efficiency measures, DECC announced today. The department said it would make the scheme “more straightforward and less time-consuming”.

A new online tool is to be created to give consumers advice on how to save energy and how they can get help. If they get an assessment done, the Green Deal Advice Report they receive will be made clearer and easier to understand, letting them know what government support they can take advantage of.

DECC said the Energy Saving Advice Service and the GOV.UK website would be used to direct consumers towards companies that can provide the services they need.

It also announced changes to the Green Deal to make things easier for such companies. Access to Energy Performance Certificate data will be opened up so they can identify properties that would benefit from energy efficiency measures with less hassle.

The list of home improvements supported under the Green Deal will be expanded and the installation specifications will be made looser to give more flexibility. DECC said it will work with the industry to bring down the cost of the Green Deal’s associated insurance requirements.

The biggest problems with the Green Deal are arguably on the financial side. At the last count more than 100,000 households had undergone a Green Deal assessment but only 219 had installed any improvements using Green Deal financing. DECC said it will work with the Green Deal Finance Company to make sure consumers are getting what they need.

In future consumers will be able to move from a quote to a Green Deal Plan in a single day without the need for “unpopular” separate visits. The department will also try to increase the range and availability of ‘top-up loans’, which consumers can use alongside the Green Deal.

The department said some of the changes would come into effect in January, while others would be introduced within the first half 2014. It said it planned to make a number of further changes to the scheme in the future.