Business energy users are likely to be feeling hard done by as their predicament was “one big piece of the jigsaw” missing from the Chancellor’s Autumn Statement. That’s according to […] 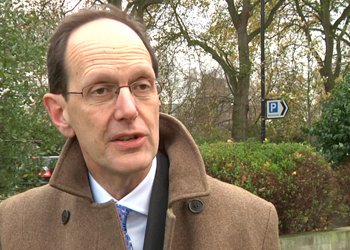 Business energy users are likely to be feeling hard done by as their predicament was “one big piece of the jigsaw” missing from the Chancellor’s Autumn Statement.

That’s according to the CBI Director General John Cridland (pictured) who has told ELN: “He didn’t do anything about energy costs on business.”

While the recent debate over rising costs had been focused squarely on household bills, he said: “It’s exactly the same for companies who have to use energy in steel plants, chlorine plants, to manufacture cement.

“These are internationally competitive industries. If our energy costs are too high and America, with its shale gas, is lower, the investment goes abroad.”

Mr Cridland called on the Chancellor to provide financial relief to energy intensive industries, adding: “It’s not that they live by different rules but they just can’t afford to bear the full impact.”

He also asked for changes to the Carbon Price Floor (CPF), saying: “the gap between European prices and the British price is simply to wide”. He said the CPF should be increased “over a longer period at a slower trajectory”.

There were others who felt the same. Terry Scuoler, Chief Executive of the manufacturers association EEF said the statement: “failed to address the growing threat to investment” from energy prices that are “squeezing margins”.

Mr Rotheray said: “By reducing taxes on CHP we could be improving industrial competitiveness to support jobs and growth in the face of rising energy costs, helping businesses at the hundreds of industrial sites located across the country which use CHP.

“This year’s double tax rise on the UK’s most efficient sites are causing industry to consider if they can remain competitive in the UK.”