Neil Diamond said it… money talks! For those of a certain age it’s a classic lyric from the hit ‘Forever in Blue Jeans!’ Ah yes, a tub thumper from the […] 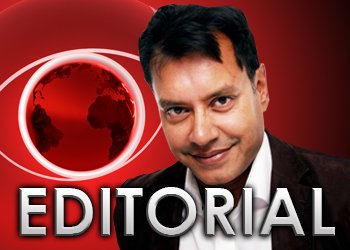 For those of a certain age it’s a classic lyric from the hit ‘Forever in Blue Jeans!’

Ah yes, a tub thumper from the late 70s and its wistful tale of how love and principles, matter more than money and all that.

As I played it in the office yesterday and young Vicky listened agog – she’d never heard of the Diamond geezer – it made me think of the 1970s.

Uh-huh a time of facism,  the anti-nazi league, punk, football hooligans, strikes, Pan’s People and energy… oh yes it was the decade that began with an oil crisis, strikes that led to a three-day-week, a boom in North Sea gas, a nascent renewable energy industry which got choked off before it got going and ended with yet another energy crisis, when Iran had it’s revolution plunging the Middle East into chaos.

Here we are nearly 40 years later and it’s the same thing.

Energy is a world topic and here at home, it is becoming as important a talking point as the NHS, crime or the bankers. It’s part of the economy and was a significant part of the Autumn Statement dished out by a smirking Chancellor on Thursday.

Yes the economy is on the up ( a tad), yes businesses will get some relief, yes to a slight reduction in train fare increases and yes, yes, yes to shale gas and cheap energy to secure our future. The truth has dawned on this Government and on George Osborne, that green rhetoric doesn’t pay the bills or placate the electorate. It won’t calm business nerves or encourage huge investment.

The UK has to power its recovery through growth and that growth can only come if businesses and the public, are not lumbered by excess costs and green levies, are now seen as surplus to requirements. Fossil fuels, like them or not, are the cheapest form of readily available energy today.

Business has always known that and so in reality have ministers but the pledges we made when times were good, have now had a serious dose of economic reality sprinkled all over them, which is why Mr Osborne is firmly showing that where Treasury leads DECC must follow.

The Big Six have been given a get out clause which means the punter is £50 better off, onshore wind and solar are going to have to prove themselves in the marketplace and nuclear is going to be made very pallatable indeed for our Far Eastern friends.

U-turn? Climbdown? Or just good politics that is right for the nation and for its people?

The appetite for bearing taxes, subsidies and in general putting anything up that could be seen as a barrier to growth, has meant the one time “Greenest Government Ever” has kept its promise… After all isn’t green a term for cash?

Oh yes money talks… it can’t sing or dance but it might well win a vote!