Coal plants already running in the UK won’t be put under stricter emissions rules in future. That’s after Lords voted against adding an ‘emissions performance standard’ or EPS to the […] 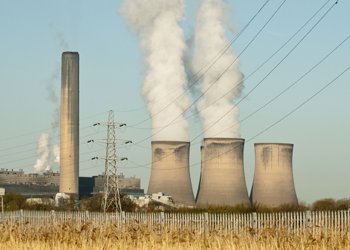 Coal plants already running in the UK won’t be put under stricter emissions rules in future.

That’s after Lords voted against adding an ‘emissions performance standard’ or EPS to the Energy Bill which is going through parliament.

Yesterday they rejected an amendment which would have forced coal plants to cut carbon emissions by 2025. They were voting on the issue a second time after the ‘ping-pong’ rule sent it back to the Commons.

Arguing in favour of his amendment before the vote, Lord Oxburgh said it would give an extra “crumb of confidence” to investors in new gas power stations, giving them a “clear indication that gas will be our main means of fossil-fuel generation from the 2020s onwards.”

Labour’s Baroness Worthington also spoke out in favour of an EPS as “tried and tested” and already used in California and Canada. She said it could be a “back-stop” for existing government policy that seeks to bring down the amount of unabated coal in the UK energy mix.

However the Government was opposed to a standard as Energy Minister Baroness Verma stated it could mean “all but one” of 12 coal plants expected to be running after 2015 may have to limit their operating hours or even be forced to close.

She said: “Were this to happen, it would require more gas generation to be built earlier than we currently project and, crucially, result in increased cost to consumers.”

In the end the amendment was voted down by 262 versus 215. No changes can now be made to the Energy Bill and all that remains is for the Queen to give it Royal Assent.

Disappointed environmentalists said the amendment would have helped limit “dangerous pollution from our dirtiest coal fired power stations”. Greenpeace said another measure to limit emissions such as the Carbon Floor Price (CFP) is not set at a level that will guarantee the phasing out of coal “in the timescale it originally intended”.

But UK Coal told ELN: “We’re pleased that the House of Lords has accepted the Commons decision to reject the amendment.

“Had the amendment been accepted, it would have been detrimental to both energy bill prices for consumers and energy security in the UK.”