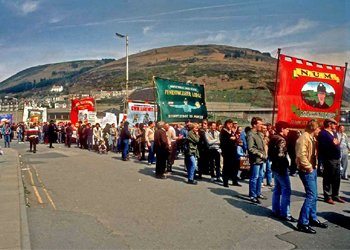 The film will look at the event from the miners’ point of view and the plans are to release it to coincide with the 30th anniversary  next year.

Called ‘Still The Enemy Within’, the name is a reference to then Prime Minister Margaret Thatcher’s describtion of the 160,000 striking miners and their supporters.

So far it has mustered more than £19,000 of its target on the crowd-funding website SponSume.