The European Union has reached a tentative deal to partially ban the use of a group of “super” greenhouse gases used in refrigeration and air conditioning. Hydrofluorocarbons (HFCs) will be […] 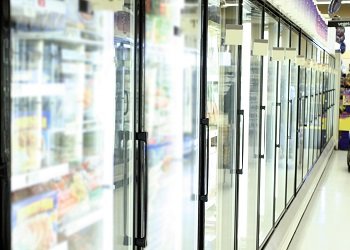 The European Union has reached a tentative deal to partially ban the use of a group of “super” greenhouse gases used in refrigeration and air conditioning.

Hydrofluorocarbons (HFCs) will be capped in 2015 and gradually phased down, with a target to achieve a 79% reduction by 2030.

HFCs are considered to be much more powerful than carbon dioxide in terms of the impact on global warming, accounting for around 2% of EU greenhouse gas emissions.

Under the deal, the EU will also ban the use of HFCs in new equipment in some business sectors and will be banned in new commercial refrigeration by 2022. Very high global warming potential HFCs – over 2,500 times more potent than CO2 – would no longer be used to service and maintain refrigeration equipment from 2020.

She added: “The #Fgases deal will give renewed political momentum to come to a global agreement on phasing down #Fgases.”

F-gases or fluorinated greenhouse gases are a group of chemicals containing fluorine and contribute to a global greenhouse effect.

London-based Environmental Investigation Agency (EIA) welcomed the news as a “progressive and encouraging victory” in the wider fight against climate change.

Clare Perry, Head of EIA’s Global Environment Campaign said: “This is the beginning of the end for HFCs in Europe – at least now the industries involved will be able to see which way the wind is blowing and invest in cleaner, greener alternatives.”

The draft legislation has to be approved by Member State representatives and formally approved by the European Parliament and Council before being adopted early next year.

Earlier this year the European Committee’s Environment Committee backed draft rules where businesses that use banned F-gases would be charged a fee of up to €10 per tonne of CO2.