The first wave of large-scale shale gas production in Britain could extract enough gas to supply the UK for more than two years. That’s the finding of an environmental assessment […] 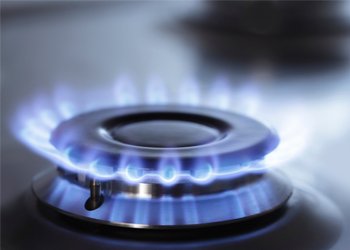 The first wave of large-scale shale gas production in Britain could extract enough gas to supply the UK for more than two years.

That’s the finding of an environmental assessment launched by DECC today in Westminster. The department also published a regulatory roadmap and started the consultation period for its 14th round of onshore oil and gas licensing.

The Strategic Environmental Assessment looked at two different scenarios that could play out following the 14th licensing round. The ‘high activity’ scenario envisioned 1,440-2,880 shale gas wells being drilled, while the ‘low activity’ scenario imagined just 180-360 being built.

Under the busier scenario the wells could extract 120-240 billion cubic metres (bcm) of gas over their 20-year lifetimes, the study said, roughly one to two times the yearly consumption of gas in the UK (100 bcm) and around three to six times the amount (37 bcm) produced in Britain in 2012.

The report was compiled on behalf of DECC by consultancy firm AMEC. Speaking at the launch its Associate Director, Pete Davis said these scenarios were just snapshots and didn’t represent the full range of possibilities for shale gas extraction.

The 14th licensing round is expected to kick off in the summer and licenses covering 100,00 square kilometres across the country will be up for grabs. Production resulting from this round of licensing should reach full flow in the 2020s.

Energy Minister Michael Fallon said: “There could be large amounts of shale gas available in the UK but we won’t know for sure the scale of this prize until further exploration takes place. Today marks the next step in unlocking the potential of shale gas in our energy mix.”