New York City’s greenhouse gas emissions have dropped by a fifth (19%) since 2005. The US city is nearly two-thirds of the way toward achieving its target of a 30% […] 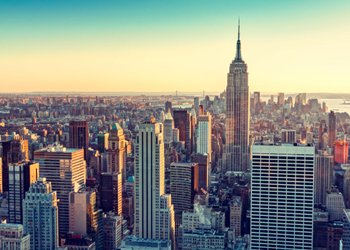 New York City’s greenhouse gas emissions have dropped by a fifth (19%) since 2005.

The US city is nearly two-thirds of the way toward achieving its target of a 30% cut in citywide emissions by 2030, show new figures announced by outgoing Mayor Michael Bloomberg earlier this week.

A report called the Inventory of New York City Greenhouse Gas Emissions released on Monday also reports that emissions from municipal government buildings and city operations have been cut by 19%, in line with a goal of cutting city government emissions by 30%  by 2017.

Sergej Mahnovski, New York City Director of Sustainability said: “The City has taken bold steps to reduce air pollution to the lowest level in 50 years, modernise our energy infrastructure with cleaner and more resilient systems and to scale up the market for renewables, energy efficiency and waste management with groundbreaking public private partnerships.

“The key message is that local governments can work together with utilities, regulators, environmental partners, developers, and communities to test bed new concepts and sharply reduce emissions”.