ScottishPower has confirmed plans to cut its gas and electricity prices for domestic customers by 3.3% this year. The reduction means around 2.2 million householders paying by monthly direct debit […] 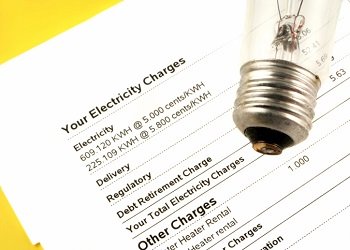 ScottishPower has confirmed plans to cut its gas and electricity prices for domestic customers by 3.3% this year.

The reduction means around 2.2 million householders paying by monthly direct debit will see their dual fuel bill drop to £1,199 per year, which will come into effect on 31st January.

The energy supplier will cut £42 from an annual dual fuel bill while also pledging to pass on a £12 rebate every year from the Warm Home Discount scheme, which is currently funded through levies on energy bills. Ministers have now agreed to fund it through general taxation instead.

The reduction will however not apply to most customers who are on fixed rate tariffs but ScottishPower claims 97% of such customers are already paying less than those on standard tariffs.

Neil Clitheroe, ScottishPower’s CEO of Energy Retail and Generation said the energy firm will try to avoid any further price rises in 2014 however they will depend on “whether there are increases in wholesale energy prices or other costs outside of our control”.

The Big Six power provider had raised its energy prices by an average of 9% for electricity and 8.5% for gas last October.