Oil prices will continue to be dictated by the crisis at South Sudan, the latest weekly market update reveals. The news comes as the capital of South Sudan’s oil-rich Unity […] 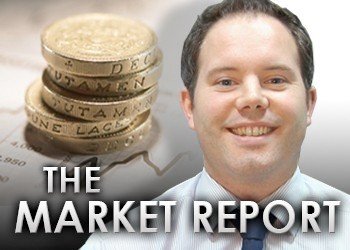 Oil prices will continue to be dictated by the crisis at South Sudan, the latest weekly market update reveals.

The news comes as the capital of South Sudan’s oil-rich Unity state, Bentiu, was captured by rebels, increasing fears over the risk to the nation’s oilfields.

Ben Spry (pictured), Optimisation Desk Manager at npower said Brent oil last week started strongly at around $111/bbl (£67.6) on the back of supply fears. It however dropped to $108/bbl (£65.8) “as a result of growing US crude stock, weak Chinese economic data and also the return of production of one of Libya’s largest oil fields following months of blockades”.

He reveals both gas and power demand stayed below seasonal norm last week due to warmer temperature. Gas flows into the UK were “very strong” from both Norway and Holland, which ensured the UK system remained “comfortable” throughout the week, he adds.

Looking forward, with only one LNG tanker on the horizon, the UK will have to rely on storage and flows from Europe to balance the system, however, Mr Spry suggests storage levels are currently “very healthy”.

Temperature and Liquefied Natural Gas (LNG) should continue to drive price direction for gas and power in the short term, he said.

Mr Spry adds: “On the curve, look out for key data released from both the US and Europe as an indicator of economic strength going into 2014 and the impact that this has on commodity prices, especially Brent oil.”