Seven RWE npower plants in UK could shut by 2023

RWE npower could shut seven UK power stations by 2023, the firm announced yesterday. EU laws on emissions are designed to limit the SO2, NOx and particulate emissions from large […] 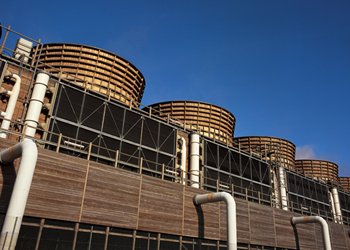 EU laws on emissions are designed to limit the SO2, NOx and particulate emissions from large power stations.

Under the EU Industrial Emissions Directive which comes into effect on 1 January 2016, existing large power plants must either comply with the limit, join the Limited Life Derogation or LLD band, or the Transitional National Plan (TNP).

RWE npower has entered Aberthaw coal plant in Wales, two units at gas-fired Didcot B, and the CHP plants at Cheshire, Conoco Phillips, Grimsby and Hythe into the band.

It has until the end of 2015 to tell the UK government whether these plants will remain in the LLD.

Kevin Nix, Managing Director, Generation UK said: “Only once we have political clarity on how the energy market will operate under the Government’s new energy legislation, as well as under other political changes to be enacted, will we be able to make that final decision with confidence.”

He added: “Power stations across Europe are finding market conditions increasingly difficult. Britain needs long-term cross party support for both the objectives and the delivery of this country’s energy policy to create the kind of market stability needed to make very large, long-term investment decisions.”