Energy companies are destined to use apps on smartphones for day to day processes like reading meters – and the switch could save them money. That’s according to Wybe Horsman, […] 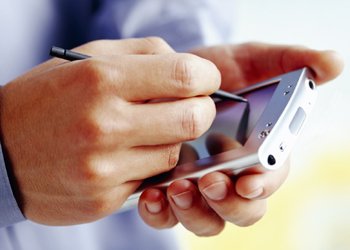 Energy companies are destined to use apps on smartphones for day to day processes like reading meters – and the switch could save them money.

Mr Horsman told ELN: “The trend is to move from old devices, very strict in specific processes, to very new apps which are very easily updated.”

He has helped Capgemini develop an app telling meter readers what addresses they need to go to and which part of a city to visit.

In a recent project for Dutch gas and electric supplier Enexis, engineers used the app which links up with Google maps and street view to find properties.

While he couldn’t reveal how much money using apps saved versus older technology in the Enexis project, he pointed to the big gap in price between old “big and bulky” meter readers and off the shelf phone handsets.

Mr Horsman said: “With the old ‘ruggedised’ devices, the cost of purchasing could be around 1,000 to 2,000 a piece, that’s a rough estimate depending on the functionality. Handheld smartphone devices are around 500.”

In the past it would take six to 12 months to deploy new software but the app took 2 months to develop and deploy and needed no extra training, he added.