Global demand for energy continues to grow but at a slower pace over the next two decades, a new report predicts. According to BP’s Energy Outlook, energy usage globally is […] 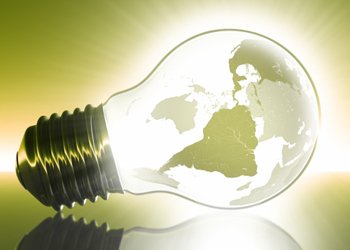 Global demand for energy continues to grow but at a slower pace over the next two decades, a new report predicts.

At least 95% of that increase is expected to come from emerging economies, with China and India alone accounting for around half the increase.

Consumption in advanced nations however is forecast to grow “very slowly” due to an increase in fuel efficiency and could start to decline in the later years.

Shale gas will make “a very marginal” contribution of around 6% of Europe’s gas demand in the same period, the report states, however the revolution in the US is forecast to have a radical impact on the global economy.

The latter nation is on its way to become energy self-sufficient while dependency on imports in Europe, China and India will increase, it adds, with Asia expected to become the dominant energy importing region.

Major fossil fuels, including oil, gas and coal could make up around 27% of the total energy mix by 2035, with gas growing the fastest and the remaining share coming from nuclear and renewables.

Bob Dudley, BP Group Chief Executive said: “The growth rate for global demand is slower than what we have seen in previous decades, largely as a result of increasing energy efficiency. Trends in global technology, investment and policy leave us confident that production will be able to keep pace. New energy forms such as shale gas, tight oil, and renewables will account for a significant share of the growth in global supply.”