"Aren’t we missing your CEO?"

MPs were bristling yesterday after the chief executive of npower was a no-show at a hearing into how consumer bills are affected by infrastructure investment. Attending on behalf of the […] 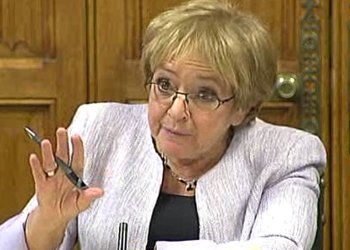 MPs were bristling yesterday after the chief executive of npower was a no-show at a hearing into how consumer bills are affected by infrastructure investment.

Attending on behalf of the energy firm, Director of Policy Dr John McElroy got a hostile reception from MP Margaret Hodge who chairs the Public Accounts Committee.

Ms Hodge told Dr McElroy: “We actually invited your chief executive Paul Massara… We understand he managed to have dinner with journalists last night, managed to do the rounds of the studios this morning but he didn’t manage to appear before us. Why not?”

The baffled energy representative replied: “This hearing was given at very short notice and-”

Ms Hodge butted in: “I’m sure the Today programme didn’t book him three weeks ago.”

Dr McElroy replied: “I’m not exactly certain where he is at the moment but he has a very difficult diary and a very congested diary. He spends a lot of time, two or three days a week, on the continent.”

A peeved Dr McElroy said he was “mystified” why they were the only supplier asked to the committee, Ms Hodge told him they were representative of suppliers.

Earlier she said npower and Thames Water were asked because although private companies they provide public utilities “which does demand accountability to the public”.

The committee went on to pursue the tax and dividends arrangements of npower and how much it paid German parent company RWE.

Ms Hodge and the committee wanted to know why RWE funded infrastructure projects in the UK through debt rather than equity.

Dr McElroy said interest payments to RWE are “compatible with market infrastructure”. He was unable to give a figure for the interest rate but when asked said he would send it to the commitee.

The MPs also wanted to know who, if anyone, represented the interests of British consumers at RWE’s board level in Germany.

She was told though Mr Massara doesn’t sit on the board himself, he was “quite capable enough” of doing that.

After the hearing npower excused its chief executive in a statement: “When the Committee’s invitation was sent to us late last week it acknowledged that it was very short notice and asked for a senior representative from npower. It did not ask for anyone by name and as requested we were pleased to be able to provide a senior representative to help the Committee in their work.

“Our CEO Paul Massara was unable to attend as he had prior commitments in Germany and was on his way to the airport while the Committee was in progress.”