David Cameron believes copying North America’s shale gas boom is central to Europe and the UK clawing back jobs and investment. In a speech to the World Economic Forum in […] 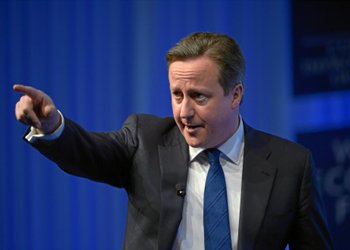 In a speech to the World Economic Forum in Davos, Switzerland where world leaders and economists gathered this week, the Prime Minister positioned shale gas as key to Britain becoming the “Re-Shore Nation”.

But the bulk of his speech devoted to energy went to shale gas, mentioning it seven times.

The Prime Minister said: “To relocate in Europe, businesses will be encouraged by cheap and predictable sources of energy.

“I understand the concerns some people have. We need the right regulations – such as ensuring that well casings are set at the right depths with tight seals…

“But if this is done properly, shale gas can actually have lower emissions than imported gas.”

He urged EU member states not to allow Europe to be “dry” while shale gas investors go elsewhere by imposing “burdensome, unjustified or premature regulatory burdens”.

Mr Cameron spoke with admiration for its role in the States: “It has reduced industrial gas prices in America to about one quarter of those in Europe and it’s set to create a million more manufacturing jobs as firms build new factories.”

He cited a study suggesting US GDP is going to be on average close to half a trillion dollars higher every year between 2008 and 2035 because of shale.

The Prime Minister said the “right decisions” could lead to more of what has been a “small but discernible trend where some jobs that were once offshored are coming back from East to West”.

The UK Government is in the midst of a campaign to woo shale gas and smooth the way in potential fracking towns, giving local councils more benefits and tax breaks for explorers.